Income tax, fringe benefits tax and goods and services tax are collected by the Australian Taxation Office (ATO), which is headed by the Commissioner of Taxation. The ATO also administers and enforces these taxing regimes. The ATO regularly publishes its views on the operation of Commonwealth taxation laws in the form of authoritative interpretative guidance and rulings, as well as decision impact statements on Court and Tribunal decisions.

The taxation rulings system allows the Commissioner to make binding rulings that the Commissioner must honour, meaning that a taxpayer who relies on a ruling cannot later be penalised by the ATO, even if the view expressed in the ruling is later found by a Court to be incorrect.

The binding rulings include:

The ATO also issues the following, which are not binding on the Commissioner:

More on guidance (including interpretative decisions) and rulings is available on the ATO Advice and Guidance website.

You can search this database, or browse it by topic or type - for example: 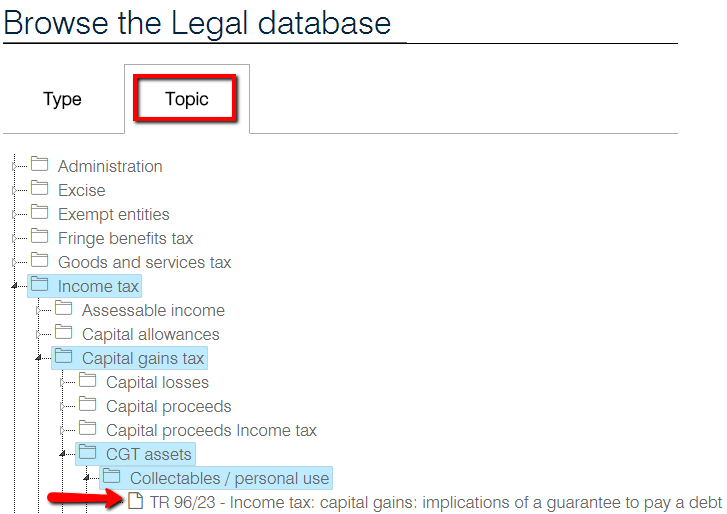