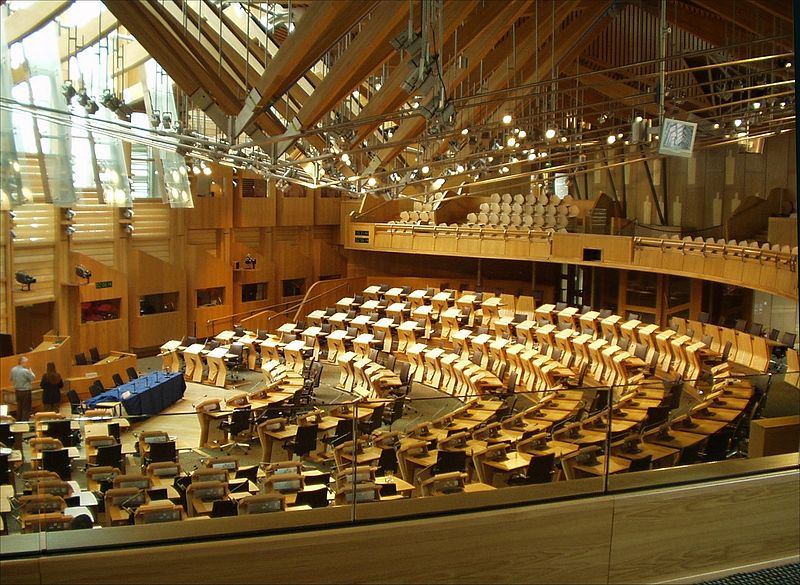 The Scotland Act 1998 established the first Parliament in Scotland since 1707. The Scottish Parliament has power to make laws on a range of issues that are known as devolved matters, including civil and criminal justice, education, environment, housing, social work and transport. Some issues concerning Scotland that have a UK or international impact remain the responsibility of the UK Parliament alone. These are known as reserved matters and include foreign affairs, defence, immigration and social security.

The Official Report is the full and authoritative written report of proceedings in the Scottish Parliament and its committees.

Legal journals specific to Scotland include:

The Journal of the Law Society of Scotland (1956-) (Public access)

Law Society of Scotland, A General History of Scots Law

Scots law is seen as a hybrid system, containg strands of both civil law and common law. "Historically, the Scottish legal system developed separately from the English common law, taking its roots instead from continental Roman-based civil law. However, it has been heavily anglicised because since 1707 its legislation has emanated from Westminster and its final Court of Appeal in civil cases has been the House of Lords" (Holborn (2006) Butterworths Legal Research Guide p.253).

After centuries of civil and cross border conficts, in 1707 Scotland signed the Treaty of Union with England and became part of the United Kingdom. Since the 1960's a continual push for devolution has resulted in the Scotland Act 1998. This Act allows for the Scottish Parliament to pass laws affecting Scotland on a range of issues.

This tab includes information on:

The Scottish Parliament is a devolved unicameral legislature that has the power to pass statutes only affecting Scotland on matters within its legislative competence under the Scotland Act 1998. Some Westminster (UK) acts will apply to Scotland, as part of the UK as a whole, on 'reserved matters' such as immigration, defence and foreign policy.

Acts and statutory instruments of the Scottish Parliament from 1999 can be found at the following:

The Scottish court structure differs to that of England and Wales and Northern Ireland. In the Scottish system, there are 4 levels of courts - the District Courts, the Sherrif Courts, the High Court of Justiciary, the Court of Session (Inner and Outer House) and the Supreme Court. As well as being the highest court of England and Wales and Northern Ireland, the Supreme Court also hears appeals from the Inner House of the Court of Session. For more information, see the Scottish Courts website.

Scottish Jurist: reports of cases decided in the Supreme Courts of Scotland and in the House of Lords on Appeal from Scotland (1829-1873) - online on HeinOnline (UniM staff & students). Abbreviation: SJ