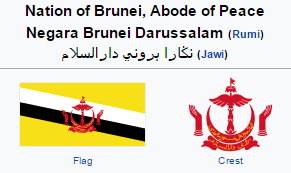 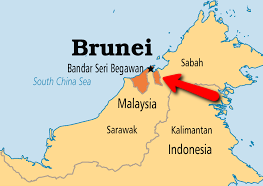 The Legal System of Brunei

Brunei’s legal system is based on British common law, with a parallel Syariah law system for Muslims, which supersedes the common law system in areas such as family and property law. In 2014 Brunei became the first Southeast Asian country to adopt strict Syariah criminal law that applies to both Muslims and non-Muslims, with the enactment of the Syariah Penal Code Order 2013 (not all provisions apply to non-Muslims, but s 3(1) of the Order states that unless otherwise expressly provided, the Order applies to Muslims and non-Muslims).

See detailed information on the legal system in the Brunei pages of Legal Systems in ASEAN (open access) - from the ASEAN Law Association. There are chapters on: Historical Overview, Sources of Law, Government and the State, Legal Procedure and The Legal Profession. The information is a few years out of date, but is still a useful introduction.

The laws of Brunei consist of the Constitution, Statutes and subsidiary legislation, Islamic laws, caselaw / judicial precedent, and the common law of England.

See detailed information about the sources of law in the Sources of Law chapter of the Brunei pages of Legal Systems in ASEAN (open access).

The Islamic Sultanate of Negara Brunei Darussalam was a British protectorate from 1888 until World War II when the Japanese occupied Brunei. After the Japanese were defeated in 1945, the British resumed control. In 1959, Brunei became self-governing in a limited way according to the Constitution, with Britain remaining responsible for defense and foreign policy. In January 1984 Brunei became fully independent according to the 1979 Treaty of Friendship and Co-operation between the UK and Brunei. Since then, Brunei has become a constitutional monarchy with a ministerial government. Governance in Brunei is guided by the Constitution and the state ideology of Melayu Islam Beraja (MIB) or 'Malay Islamic Monarchy', which encapsulates norms of Malay culture, Islamic religion and the political framework under the monarchy.

Brunei is a member of the Commonwealth.