The Brunei Judiciary Department was established in 2002. It is responsible for the administration of Brunei's judicial matters.

The Supreme Court of Brunei is guided by the Constitution and Statutes in executing their responsibility. However, where there are no written laws on a particular matter, the courts turn to principles of law found in case law or judicial precedent. The decisions of higher courts are binding on the lower courts. Decisions from superior courts in comparable jurisdictions are persuasive but not binding on Brunei courts.

The Court Hierarchy - lowest to highest is:

Judges are appointed by the Sultan for three-year terms.

More information on each of the Courts is available from the Judiciary website under the About Judiciary heading. This website also provides information and guides for litigants and practitioners, practice directions, cause lists, hearing dates, case status, statistics, speeches, and judgments.

In civil matters, final recourse is available through the Judicial Committee of Privy Council (JCPC) in the UK. The right to appeal to the Privy Council in Criminal matters was abolished in 1995.

The Judicial Committee of the Privy Council Practice Direction 1 notes that:

The legislation governing appeals to the JCPC is:

The Brunei Judiciary Judgments website (open access) contains full text criminal and civil decisions 2009 to current (up to 2015 at present) from the:

The Judgments database can also be searched.

Privy Council decisions on appeal from the Brunei Court of Appeal

There have been only a handful of appeals to the Judicial Committee of the Privy Council - the earliest we could find was in 1950, and the latest in 2007. JCPC decisions are available on:

These decisions do not seem to be publicly available.

Books on the Courts and Judiciary 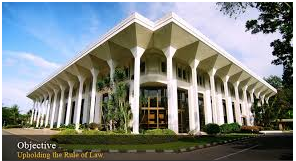