The Extraordinary Chambers in the Courts of Cambodia (ECCC)

The ECCC is an internationalised / hybrid court. Its subject matter jurisdiction includes the international crimes of genocide, crimes against humanity, grave breaches of the Geneva Conventions, destruction of cultural properties, crimes against internationally protected persons, as well as domestic crimes - those penalised in the 1956 Penal Code of Cambodia.

ECCC Decisions are also available on:

For commentary on the ECCC, see:

Selected decisions of the Constitutional Council are available in English from 2003 to current on the Council's website.

Independence of the Judiciary

Article 128 of the Constitution guarantees an independent judiciary that upholds impartiality and protecting the rights and freedoms of the citizens. However, the judiciary has been criticized for its lack of independence and the financial and political control exerted over it. See for example, Justice versus corruption: Challenges to the independence of the judiciary in Cambodia, a 2015 report by the International Bar Association's Human Rights Institute. The report notes that the Cambodian government has increased its control over the Supreme Council of Magistracy and weakened judicial independence through its three 2014 judicial laws. These laws are:

See also Kai Hauerstein, 'The Constitutional Role of the Judiciary in Cambodia: International Comparison and Implication for Reform' in the open access book Cambodian Constitutional Law by Hor Peng, Kong Phallack & Jörg Menzel (Konrad-Adenauer-Stiftung, 2016) 217-246 for a detailed scholarly analysis of the judiciary, the court system and judicial independence. 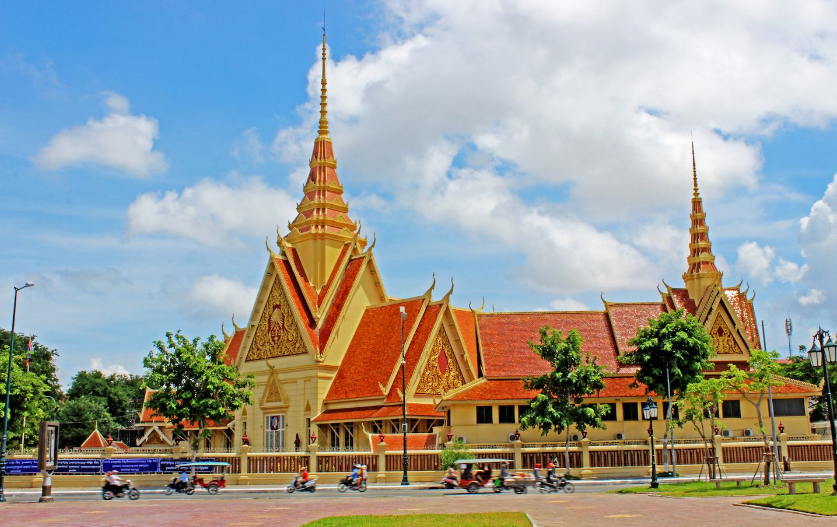 Cambodia is primarily a civil law country and, as such, court decisions do not have precedential value, and are not often referred to in other cases (except in the ECCC and Arbitration Council). They are, however, recognised as a secondary source of law. In civil cases, when there is no written law relevant to the case or when the law is not clear, judges can consider other secondary sources of law such as customs, traditions, conscience and equity (Law on the Organisation of the Courts, Art 4 (1993).

Court judgments are not publicly published. The exception to this is decisions of the  Arbitration Council, a tribunal which conducts mandatory but non-binding arbitration of collective labour disputes. Since June 2003 the Council's Arbitral Decisions have been published on its website in Khmer - and many are also in English. The site can be searched and browsed. The Arbitration Council

Judicial power is currently vested in the Supreme Court (the final appeal court comprising two chambers - a Civil and Social Chamber and a Penal Chamber), the Appeal Court, and 23 First Instance Courts (located in most provinces / municipalities). The new Law on the Organization of the Courts (2014) organises courts according to specialised areas of law such as civil and criminal courts and introduces appeal courts for each province - this re-organisation has not yet been implemented.

Courts at all levels exercise judicial power and hear all matters. The Supreme Council of Magistracy is an independent body that oversees the judiciary (see the Cambodian Centre for Human Rights factsheet on this regulatory body).  A Military Court hears cases concerning military discipline. Judicial review is not vested with the courts, but in the Constitutional Council of Cambodia.