Update on the Rule of Law for Human Rights in ASEAN: The Path to Integration (2016) - includes a detailed Chapter on Thailand.

See below the latest Thai news feed from the Asian Human Rights Commission:

The Legal System of Thailand

Thailand has a predominantly civil law legal system, but it is a hybrid of many influences.Thai law has its traditional bases in ancient Hindu Code of Manu, modified to conform to local custom. During the 19th century, the Siamese legal system was developed to model the French civil system, and is thus primarily statute based, with major Codes resembling those of European civil law jurisdictions. Common law features are also evident  -such as the separation of powers, as are the ancient Hindu traditions.

The Thai legal system is a statutory law system, which means it is mostly based on written law passed by the legislature. Primary sources of law include the Constitution, which is the supreme law, legislation such as Codes and Acts, decrees and custom. Judicial decisions are not binding, but in practice Supreme Court decisions are persuasive, have some precedential value, and are often used as secondary authoritative sources of law.

See more information on the legal system and sources of law on: 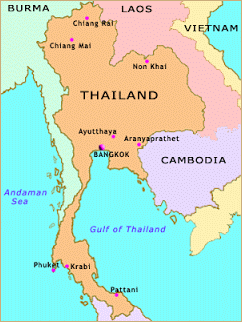 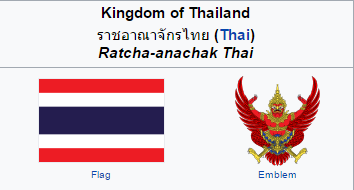 The Kingdom of Thailand (known as Siam until 1939) is the only South-East Asian nation to have remained independent of colonial authority throughout its history﻿. The absolute monarchy was replaced with a constitutional monarchy in 1932, and Thailand has since made numerous attempts to establish a modern system of democratic government. There have been 20 Constitutions and at least 18 coups since 1932, resulting in rapid and repeated fluctuations between military rule and elected government. Under the Constitution, the system of government of Thailand is based on the common law Westminster system, and divided between executive, legislative, and judicial branches. The King is the Head of State.

Information on the current structure of the Thai government is available on the Thailand Law Forum website.