Rule of Law and Human Rights in Malaysia

Update on the Rule of Law for Human Rights in ASEAN: The Path to Integration (2016) (open access) (published by the Human Rights Resource Centre). Includes a detailed chapter on Malaysia.

Malaysia has a National Human Rights Commission with the power to accept individual complaints of human rights abuse. The Commission’s findings and recommendations, however, are not binding. 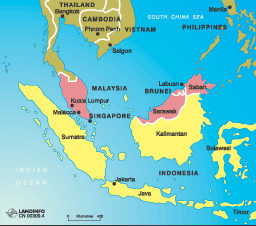 Halsbury's Laws of Malaysia on Lexis Advance (UniMelb staff & student access) is a good starting point to obtain overviews of Malaysian legal topics. It is an encyclopaedic resource arranged alphabetically by subject, and includes scholarly commentary and references to significant cases and legislation. A note of caution: some parts of the encylopaedia is not as up-to-date as others, so always check the currency of the information in the section in which you are interested.

The Malaysian legal system is a complex product of its history, particularly as a British colony. It is a predominantly common law country, with a separate Islamic law system.

Legal Systems in ASEAN: Malaysia (open access) from the ASEAN Law Association. Although a little dated, this provides an excellent and detailed overview of the History and Development of the Legal System, and the Administration of Justice.

The sources of law in current day Malaysia include:

For a detailed explanation of Malaysian sources of law, see Introduction to the Malaysian Legal System and Sources of Law - from Globalex

Malaysia is a federal constitutional monarchy. It was formed in 1963 as a federation of Malaya, Singapore, Sabah and Sarawak, all former British colonies. Malaysia was granted independence from Britain in 1957. Singapore left the federation in 1965. Malaysia today comprises 13 states and three federal territories. Each state has its own elected assembly and head of state. Nine of the states are ruled by traditional monarchs, known as sultans, who elect the Malaysian Head of State, the Yang di-Pertuan Agong. Although the formal head of State, the functions of the Yang di-Pertuan Agong have been purely ceremonial since constitutional amendments in 1993 and 1994. Malaysia is a member of the Commonwealth.

Malay is the official language. English is widely spoken.

As stated in its Constitution, Islam is the official religion in Malaysia and is practiced by over 60% of the population.