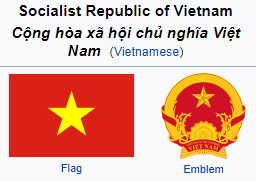 Rule of Law and Human Rights in Vietnam

Update on the Rule of Law for Human Rights in ASEAN: The Path to Integration (2016) (open access) (published by the Human Rights Resource Centre). Includes a detailed chapter on Vietnam.

US Department of State Country Reports on Human Rights Practices for 2017: Vietnam 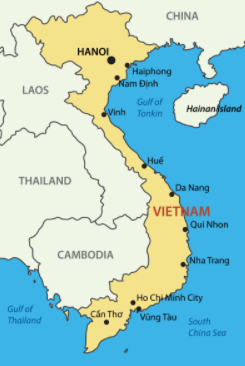 Foreign Law Guide (Brill) (UniMelb access) Introduction to legislation and the judicial system of Vietnam. The guide is organised alphabetically by topic.

This Research Guide was created and is maintained by Robin Gardner, MLS Academic Research Service, Melbourne Law School. Please contact Robin at law-academicresearch@unimelb.edu.au with corrections, suggestions or comments about the Guide.

The Legal System of Vietnam

Judicial decisions are not sources of law in Vietnam. However, guidelines on the interpretation of laws are issued in the form of Resolutions by the Judge Council of the People's Supreme Court (Article 21). This guidance is a source of law (Article 4).

Treaties - ratified treaties are a source of law. See the Treaties page in this Guide for more information.

Doing Business in Vietnam - from the World Bank (Open Access). Provides statistics and other measures of business regulations and their enforcement for Vietnam. The 'Law Library' link on the top menu provides a collection of business laws and regulations, linking to government sites where possible.

A Look at Vietnam's Legal System - this is an open access chapter in The Report: Vietnam by the Oxford Business Group. It provides an up to date overview of the legal system in the context of investment, labour law, free trade agreements, corporate law etc. It includes brief discussion of many recent important laws, as continuous legal reforms aim to  liberalise the business environment to attract foreign investment.

Vietnam was occupied by the Chinese for over 1000 years - until 938 AD. Vietnam was then independent until the mid 19th century when it was colonised by the French. It was then occupied by Japan during World War II. In 1945, independence from France was declared and the Socialist Republic of Vietnam was born.  In 1946, Vietnam held the first National Assembly election, which adopted its first Constitution. However, the situation was precarious as the French tried to regain power by force, resulting in Vietnam War I (1946-1954). After the defeat of France in 1954, the country was divided into the North and the South. The South was named the Republic of Vietnam; while the north, the Democratic Republic of Vietnam. The intervention of the United States led to Vietnam War II. This war which ended in 1975 after victory by the North, and the country was unified.

Vietnam is a one-party State under the control of the Communist Party of Vietnam, which plays a central role in shaping the country's policy and legal system. Supremacy of the communist party is enshrined in the Constitution. The National Assembly of Viet Nam is the highest-level representative body of the people. This body has the supreme supervisory power to oversee all government functions and the implementation of the constitution and laws. It elects the President, who acts as the head of state and commander-in-chief. The Prime Minister is the head of government and is appointed by the President.