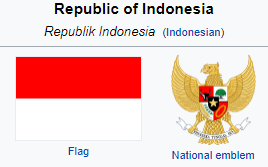 Rule of Law and Human Rights in Indonesia

Update on the Rule of Law for Human Rights in ASEAN: The Path to Integration (2016) (open access) (published by the Human Rights Resource Centre). Includes a detailed chapter on Indonesia.

The Centre for Indonesian Law, Islam and Society (CILIS) of the University of Melbourne's Law School commenced activities in 2013 and is devoted to the study of Indonesian law and Islamic legal studies. Click here to find their policy and briefing papers, and information about other publications by CILIS academics.

The Indonesia Project at Australian National University is a leading international centre of research and graduate training on the society and economy of Indonesia. For over 50 years it has been at the forefront of Indonesian studies in Australia and worldwide. The project aims to influence the creation of stronger, research-based public policies in Indonesia, especially in the areas of economic development, human capital, regional development, poverty, governance, environment and social development. The Project publishes the Bulletin of Indonesian Economic Studies (BIES); the leading journal on Indonesia’s economy and society.

Sources of law include:

Judicial decisions/precedent are not a source of law in Indonesia.

The Jakarta Post is the largest English-language daily newspaper in Indonesia. Same day news is available on open access. Older news (1 day behind) is available through Westlaw (UniMelb staff & students). Enter the title in the main search box on the home page as shown below.

The Dutch colonised Indonesia in the early 17th century. Japan occupied the archipelago from 1942 to 1945. Indonesia declared its independence shortly before Japan's surrender, but it took four years of fighting, negotiations and UN mediation before the Netherlands agreed to transfer sovereignty in 1949. A period of parliamentary democracy ended in 1957 when President Soekarno declared martial law and instituted 'Guided Democracy'. After an abortive coup in 1965, Soekarno was eased from power. From 1967 until 1998, President Suharto ruled Indonesia with his 'New Order' government. Suharto lost power in 1998, and free and fair legislative elections took place in 1999. Indonesia is now a democratic, multi-party, presidential republic, with power divided between executive, legislative, and judicial branches. Article 4(1) of the 1945 Constitution (Fourth Amendment) affirms that the President of the Republic of Indonesia holds “the power of the government”.

Indonesia has a population of over 260 million. The ethnic majority are Javanese, making up 45% of the population. Bahasa Indonesia is the national and official language in Indonesia, although over 700 languages and dialects spoken. English is the most prevalent foreign language, followed by Dutch and French. Indonesia formally recognizes six religions, namely Islam, Catholicism, Protestantism, Confucianism, Hinduism and Buddhism. 85% of the population identify as Muslims, making Indonesia the world's largest Muslim-majority country.