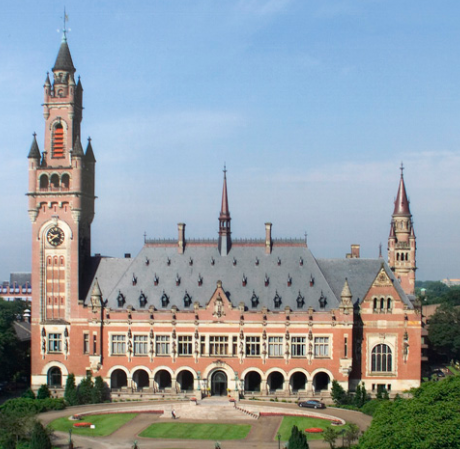 Permanent Court of Arbitration - The Peace Palace (the Hague)

Investor-state dispute settlement is a system through which individual companies can sue Host States for alleged discriminatory practices. If an investor from one country (the 'home state') invests in another country (the 'host state'), both of which have agreed to investor-state dispute settlement, and the host State violates the rights granted to the investor, then the investor may bring the matter before an arbitral tribunal. Only foreign investors can sue States under investment treaties, because States are the parties to the treaty, and only States can be held liable to pay damages for breach of the treaty. States have no corresponding right to bring a claim against a foreign investor under such treaties, because investors are not parties to the treaty and therefore cannot be in breach of it. Investor-state dispute settlement cannot overturn domestic laws which violate foreign investment treaties but it can grant monetary damages to investors adversely affected by such laws.

International investment agreements, investment treaties and national laws governing foreign direct investment often designate a forum or arbitration rules for arbitrating disputes between foreign investors and Host States.  These agreements may provide Claimants with a choice of two or more institutions and the corresponding governing rules.

The International Centre for Settlement of Investment Disputes (ICSID), is the forum designated most frequently. However, dispute settlement can also take place under the auspices of international rules and arbitral tribunals that regularly administer investor-state arbitrations, such as the:

For a more comprehensive listing of arbitral institutions worldwide, consult Juris International's online directory of Dispute Resolution Centers, which can be browsed alphabetically or geographically.

Confidentiality provisions in investment treaties, such as Article 48(5) of the ICSID Convention, preclude public disclosure of arbitral decisions and awards, unless all parties to the arbitration consent.  Therefore by no means all awards and decisions are available. Decisions and awards that have been publicly disclosed may be accessed in many databases.