For further information about the Charter, see this description from the European Parliament website. 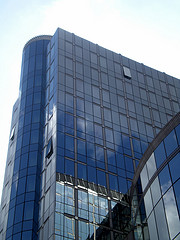 The European Council defines the general political direction and priorities of the EU but it does not exercise legislative functions.

There are 3 main institutions involved in EU legislation:

See Europa's How EU Decisions are Made for information about the legislative process, including drafting, review and adoption.

To follow the life cycle of a legislative proposal from when it is launched until the final law is adopted, see Eur-Lex's Legislative Procedures database, which includes a timeline that provides a visual representation of the procedure. From the timeline, you can access detailed information about each institution's decisions and how they were taken, the services and departments involved, the legal basis of the act etc.

PreLex on Eur-Lex is the database on inter-institutional procedures which follows the major stages of the decision-making process between the Commission and the other institutions.

For an excellent overview of the the EU legislative process, including a flowchart of the process, see pages 5-8 of How the European Union works: your guide to the EU Institutions (free to download from the online EU Bookshop). 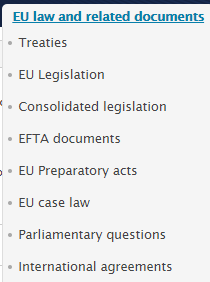 The European e-Justice Portal is a useful research tool providing information on justice systems - it is designed for the layperson, as well as lawyers, litigants and researchers. It links to EU, member state national and international legislation.