Malaysian Courts, the Administration of Justice & the Judiciary

Malaysia maintains two parallel justice systems: the Syariah Court System in each of the thirteen states, and the Civil Court System for the whole Federation. There are also two separate High Courts - one for the Peninsula and one for the Borneo states of Sabah and Sarawak.The Malaysian civil court system is based on the UK common law legal system.

See detailed explanations of the Syariah court system in:

The following resources provide good overviews of the court structure, the judiciary and the administration of justice:

Yvonne Tew, 'The Malaysian Legal System: A Tale of Two Courts' (2011) 19 Commonwealth Judicial Journal 3-7 (open access) - this article discusses the relationship between the judiciary and the other two branches of government; the executive and the legislature, and the relationship of the civil courts with the religious Syariah courts.

Structure of the Court Jurisdiction - on the Federal Court of Malaysia website - click the About Us dropdown menu to see this information. 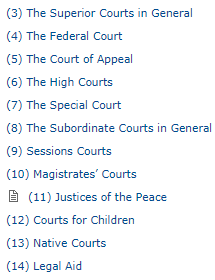 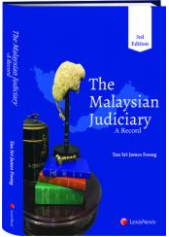 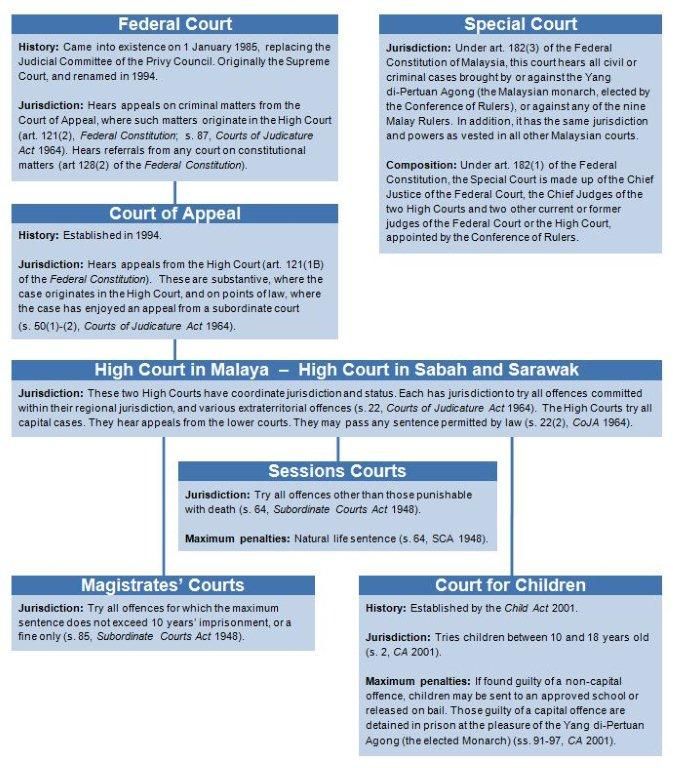 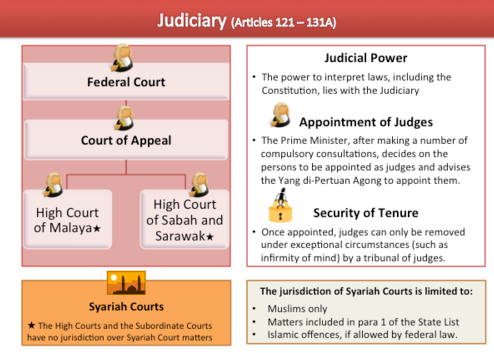 CLJ has a sophisticated search engine and can also be browsed by eg: court and/or topic. From the home page, select Advanced Search to see the following screen: 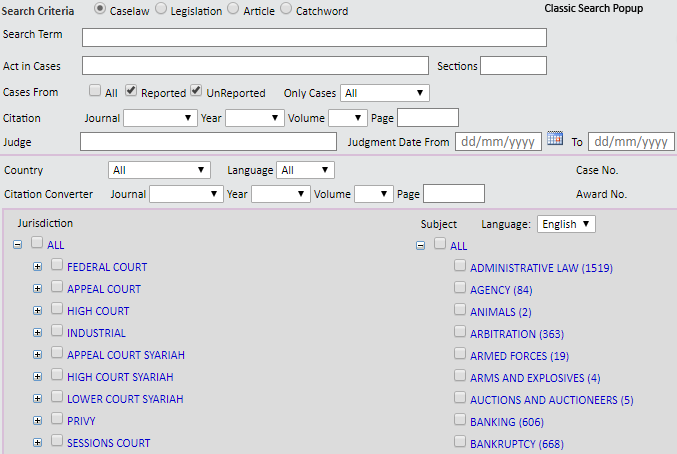 The Malayan Law Journal Unreporteds - (direct access to the database via this link) on Lexis Advance - from March 1991 to current (UniMelb staff & student access). Contains unreported judgments from the Federal Court, Court of Appeal and High Court that are not reported in the Malayan Law Journal Reports.

The High Court in Sabah and Sarawak - this portal includes:

To find judicial consideration of specific provisions of the Constitution, Federal and State Acts and subordinate legislation, you can either:

2. Start with the legislation