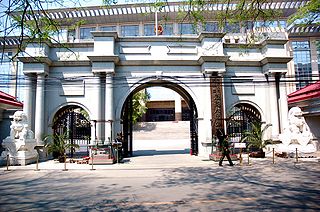 The Supreme People's Court is China's highest Court - comprising over 350 judges and composed of different courts - such as civil, criminal, administrative, and economic. More on the SPC from the State Council and the National Congress.

Legislation can be judicially interpreted without a specific case necessarily before the court. These interpretations provide lawyers, judges and researchers with invaluable information on the state of a legal issue or a disputed area of law. English versions of judicial interpretation of legislation is available on:

As with most civil law jurisdictions, judgments play a minimal role in subsequent judicial proceedings. Decisions are typically short - they list the arguments from each side, factual findings and the judgment. They rarely cite cases, and often do not refer to legislation. Higher courts are, however, more likely to explain their application of the law.

"The current Chinese legal system does not formally recognise cases or judicial precedents as a source of law. However, in practice, cases are often cited as persuasive authority and some courts follow judicial precedents to decide issues when statutes are vague. In particular certain decisions of the Supreme People's Court that can be read as generating legal norms have binding effect on lower courts." (Luo, Wei, Chinese law and legal research (Hein, 2005) 105)

See a useful blog post from the People's Supreme Court Monitor, 'Which Chinese cases are most persuasive?' (Sept 16 2016), which states that as China constructs its own case law system, Chinese courts are paying more attention to the use of precedent in considering how to decide cases, but clear rules on a hierarchy of precedent have yet to be settled. This blog links to other blog posts and articles on the issue. SPC Guiding Cases are highly persuasive - see box below on Guiding Cases.

As well as judgments (also called 'court opinions') the Supreme People's Court also provides guiding opinions / cases, which are considered highly persuasive. These opinions provide researchers with invaluable information on the state of a legal issue or a disputed area of law.

The SPC started issuing guiding cases in 2011. These are selected from SPC judgments and other courts throughout the country. As at March 2017, there have been 87 cases designated as guiding. See Stanford Law School China Guiding Cases Project's website for English translations of:

Guiding Cases are published in the monthly SPC Gazette.  They are available on the following databases:

Where to find Chinese judgments

All Chinese courts must post their judgments on the open access Supreme People’s Court (SPC) online platform, China Judgements Online. As of August 29, 2016, 'judgment documents' that the courts must post online include not only criminal, civil, and administrative judgments, but also other judgment documents such as payment orders and state compensation decisions. Judgments muct be uploaded to the site within 7 days. There are millions of judgments on this platform. See more about the Rules of Online Publication of Court Judgments on Global Legal Monitor from the Law Library of Congress.

See more on the cases content on Westlaw China, the comparison of Chinese and English content, and the User Guide on searching Westlaw China.