What is International Environmental Law?

International Environmental Law (IEL) is concerned with the attempt to control pollution and the depletion of natural resources within a framework of sustainable development. It is a branch of public international law - a body of law created by states for states to govern problems that arise between states.

The UN Environment Assembly - the highest-level UN body ever convened on the environment - opened on 23 June 2014 at the United Nations Environment Programme (UNEP) headquarters in Nairobi. UNEA feeds directly into the General Assembly and has universal membership of all 193 UN member states as well as other stakeholder groups. With this wide reach into the legislative, financial and development arenas, the new body presents a ground-breaking platform for leadership on global environmental policy.

In 2012 the 20th anniversary of the Rio Earth Summit was commemorated by the Rio+20 UN Conference on Sustainable Development.

A useful and concise summary of the importance and impact of the Stockholm and Rio declarations can be found on the UN website.

Customary law and general principles relating to the environment, such as the 'precautionary principle' and sustainable development, are evolving but it is arguable whether any have yet become normative rules. The speed with which awareness of global environmental problems has reached the international political agenda has meant that customary law has tended to take second place to treaty law in the evolution of legal norms, and treaties have been the main method by which the international community has responded to the need to regulate activities which threaten the environment. There are hundreds of bilateral and multilateral environmental treaties creating states' rights and obligations. The UN Environment Program (UNEP) and the UN Commission on Sustainable Development have negotiated many of these treaties.

A full list of international environmental law treaties can be found on Wikipedia. This is arranged alphabetically and also by subject.

A few major treaties are listed below, but the full text of all IEL treaties can be found on:

Treaties generally concern one of the following broad subjects:  toxic and hazardous substances, nuclear damage, ocean and marine sources, ozone and protection of the atmosphere, pollution, biodiversity and the protection and conservation of species and wildlife, sustainable development, and trade and the environment. The Globalex Guide on International Environmental Legal Research provides a useful table of these subjects together with links to the agreements and relevant agencies. Descriptions of the major environmental treaties by subject can also be found on the ILO website.

Many of the major treaties have their own websites, containing convention documentation such as backgrounds to the conventions, draft articles and travaux preparatoires, convention protocols and national reports.

The UN Audiovisual Library of International Law website lists the following major IEL treaties, and provides the full text of the treaties and travaux, together with useful introductory summaries:

Treaties to which Australia is a party - free full-text treaties

The Australian Treaty Database on the DFAT website can be searched by subject and lists all environmental treaties to which Australia is a party, as well as information about the treaty process and adoption into domestic law.

The Australian Treaty Series on AustLII contains Environment and Resources Treaties, which can be searched or browsed by subject.

This collection of documents comprises ‘grey literature’ in English. It includes PDF replicas of documents in any discipline of law which addresses climate change, including corporate law, environmental law and human rights law. Literature in the collection originates from a worldwide range of organisations and institutions. The collection is edited by the Human Rights Internet in Ottawa. It contains documents from 2015 onwards and is updated annually.

There is no international court for the environment. Environmental disputes have been litigated before a wide range of adjudicative bodies - global and regional, judicial and arbitral. Many multilateral environmental regimes have 'non-compliance procedures' which are typically non-judicial. (Source: Cesare Pr Romano, 'The Shadow Zones of International Judicialization' in Oxford handbook of international adjudication (OUP, 2014) 105-6)

Disputes between States concerning international environmental law can be heard in the International Court of Justice (provided the dispute is between States that have declared that the ICJ has compulsory jurisdiction). The ICJ is a court of general jurisdiction that provides Advisory Opinions and decides contententious cases. Full text ICJ IEL decisions can be found on ECOLEX (open access). Inter-State litigation is based on the remedial principle of 'State Responsibility' or international tort law. THE ICJ is only able to determine disputes between States: individuals and other non-state actors are not able to be parties to a dispute.

Environmental protection disputes between States and non-state actors such as individuals, communities and corporations can also be heard in international human rights courts such as the European Court of Human Rights and the African Commission of Human and Peoples' Rights. IEL decisions from human rights courts are available on ECOLEX.

FIELD (Foundation for International Environmental Law and Development) – Reports of FIELD projects, papers, annual reports, and books and other publications.

World Resources Institute – Resources for environmental law by research topic, data tables from EarthTrends, and other publications by research area of interest.

The full text of all IEL treaties can be found on the following open access platforms:

NASA's Environmental Treaties and Resources Indicators database contain comprehensive information on country participation in multilateral environmental agreements up until August 2012. The database has a sophisticated search engine which can be interrogated using multiple criteria. 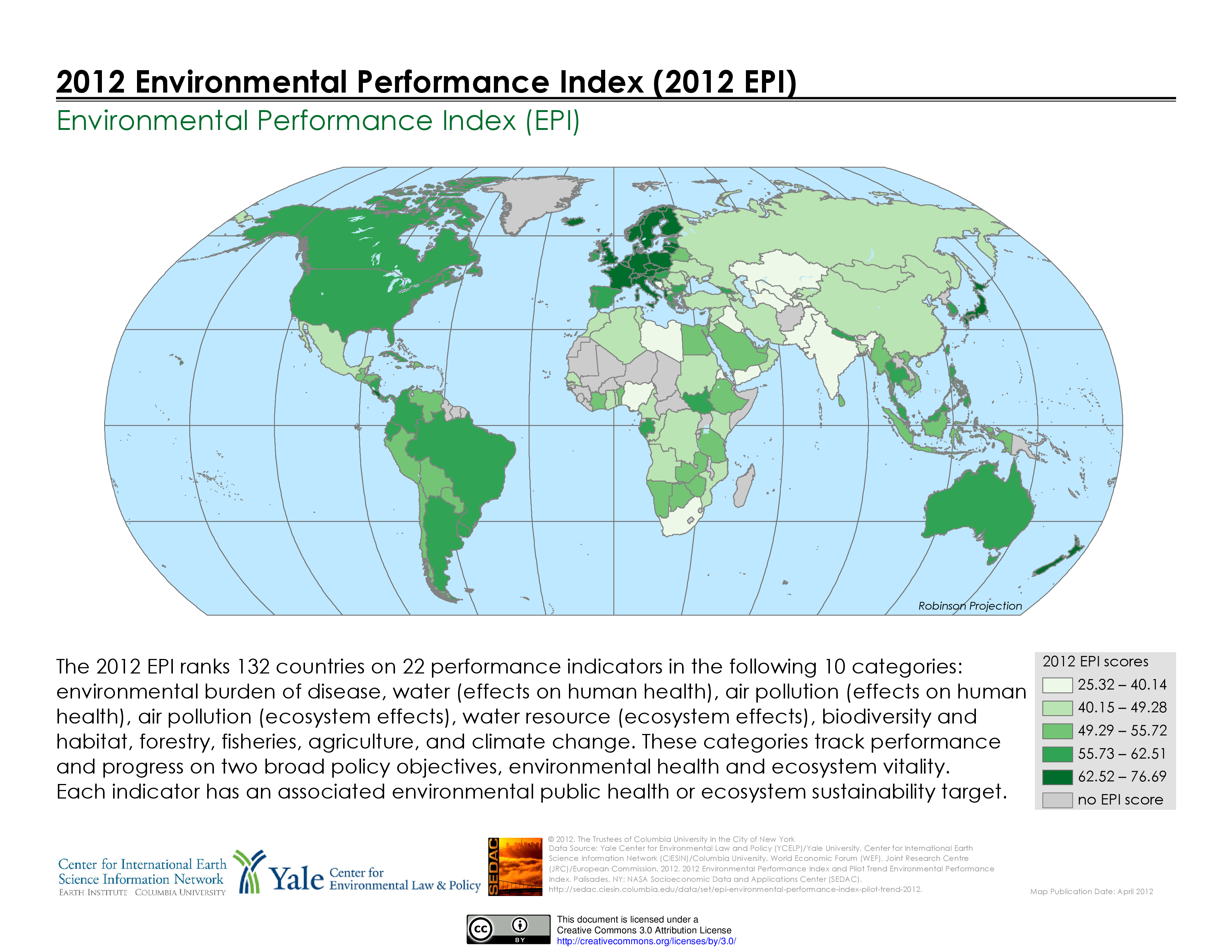 The Max Planck Encyclopedia of Public International Law IEL category provides a comprehensive and authoritative overview of all aspects of IEL and is a great starting point for your research. Each entry in the Encyclopaedia is linked via the Oxford Law Citator to other relevant entries in the Encyclopaedia and to relevant decisions in international courts in the Oxford Reports on International Law. (University of Melbourne staff & student access only).

IEL print books are located on Level 5 of the Law Library at KC 243.

The Law Library has access to many prints and electronic IEL journals and yearbooks, some of which are listed below. To find others, search the Library's catalogue, using keywords such as 'international environmental law', and restricting your search to 'magazine, serial or periodical'.

However, the best way to find scholarly and law review articles on your IEL topic is to do keyword searches in databases that include hundreds of law journals and yearbooks. For a list of relevant databases, refer to How to find articles on international law on the Journals page in this Guide.

The links below will take you to the catalogue records from where the full text of the journals can be accessed.

The CITES Trade Database (CITES is the Convention on International Trade in Endangered Species of Wild Fauna and Flora) contains information about trade-in CITES-listed wildlife and wildlife products since 1975. The database holds over 13 million records of trade and includes information such as the year of the shipment' the scientific name of the plant or animal, the type and quantity of the item being traded, their purpose and source, and the country of origin, export, and export. The full dataset can be downloaded, and there is detailed information on using the database. citesdb is an R package for analysing the full CITES Trade Database. See here for more information on downloading the data and using the R package.

CITES Contracting Parties provide annual reports to the Convention, including full details of all export and import permits and certificates issued during the previous year. The CITES Trade Data Dashboards are an interactive way to view the trade data submitted in these annual reports. The Global dashboard displays global trade trends, arranged by taxonomic group, and the National dashboard shows information by country.

This collection of documents comprises ‘grey literature’ in English. It includes PDF replicas of documents in any discipline of law which addresses climate change, including corporate law, environmental law and human rights law. Literature in the collection originates from a worldwide range of organisations and institutions. The collection is edited by the Human Rights Internet in Ottawa. It contains documents from 2015 onwards and is updated annually.