For tax law in other countries, and for tools to compare tax law across jurisdictions, see our Global & Comparative Tax Law Research Guide.

When starting your research, begin with:

If you are looking for information on a specific international tax law topic, we recommend academic journal articles - see the Journals and Journal Articles box below.

See the Journals & Journal Articles box on the International Tax Law page of this Guide.

We also recommend using the following databases to find Australian journal articles, irrespective of the journals in which they are published:

INDIVIDUAL AUSTRALIAN TAX JOURNALS that will include articles on Australian international tax law include the following:

This Research Guide is created and maintained by Robin Gardner, MLS Academic Research Service, Melbourne Law School. Please contact Robin at law-academicresearch@unimelb.edu.au with corrections, suggestions or comments about the Guide. 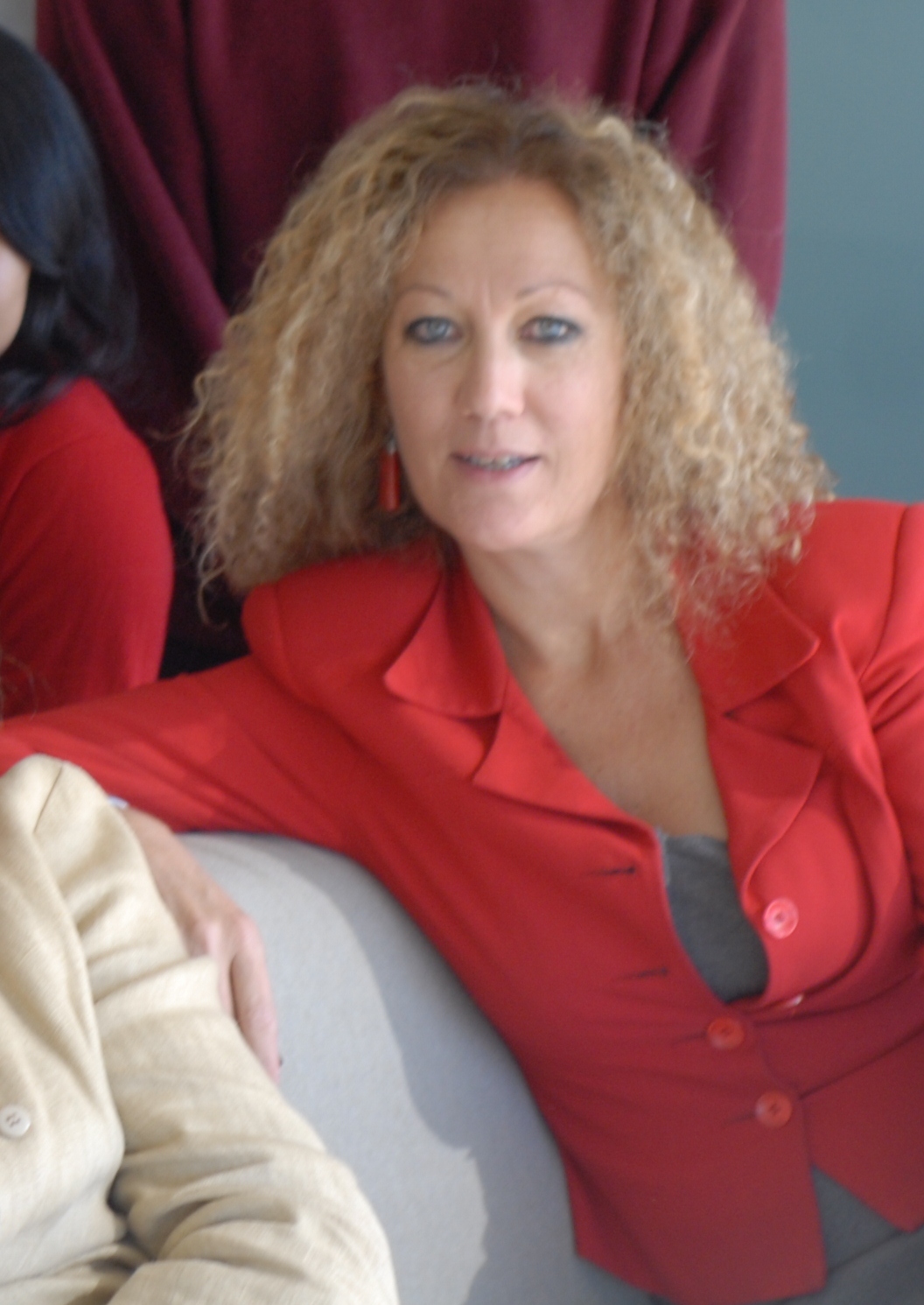 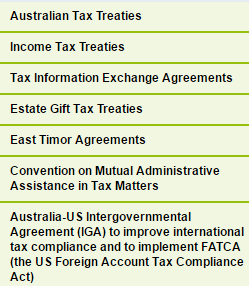 All full text international tax agreements to which Australia is a party, and information about country, status, withholding tax rate limits, and Australian domestic implementation is available on the Australian Treasury Tax Treaties website.

The official versions of all DTAs and TIEAs are part of the Australian Treaty Series (ATS), at Australian Treaties Library >> Subjects >> Business & Finance >> Taxation. 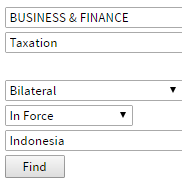 Australian DTAs and TIEAs are also listed on the Department of Foreign Affairs and Trade Treaties database. This database also provides Australian Treaty Series citations, and links to the full text in the Australian Treaties Series.

Up to date and detailed article-by-article commentary on all DTAs entered into by Australia, with reference to relevant ATO rulings, determinations and cases, is available in the following databases (UniMelb staff & students):

A useful feature of the Australian International Tax Agreements Commentary on CCH Intelliconnect is Treaties Compared, which provides a topic breakdown of Australia's DTAs. Tables list the types of income and taxpayers covered in the DTAs, followed by the basis of taxation for that type of income/taxpayer for each country.

For more detailed and sophisticated Article by Article comparison tools, see the Tools for Comparing International Agreements box on the International Tax Law page in this Guide.

In addition, there are several Australian specialist tax report series and databases that include cases on all tax matters, including international tax (UniMelb staff & student access):

The above reports and databases have selective coverage - that is, not all cases are included. To find all Australian international tax cases, and to find the MOST RECENT cases, use JADE's Advanced Search (open access) to search for cases on, for example, a particular DTA, or in a particular court or jurisdiction. 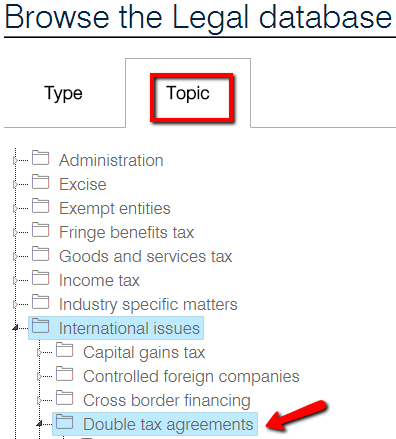 Each of Australia's DTAs and TIEAs are bilateral agreements between Australia and another country under which Australia undertakes to apply its taxation laws in accordance with the terms of the agreement it has negotiated. Australia meets its obligations under these agreements by incorporating them directly into our domestic law. Australia's DTAs and TIEAs are given the force of law domestically by virtue of s4(1) of the International Tax Agreements Act 1953 (Cth).

Australian DTAs and TIEAs thus have a dual character and operate simultaneously on two levels. They first of all represent obligations that Australia has undertaken at the international law level, and on which only the other country may directly rely. Once they are implemented by Australian legislation they also represent domestic law obligations, on which individual taxpayers may rely before Australian courts. The following diagram demonstrates this dual character in relation to DTAs. 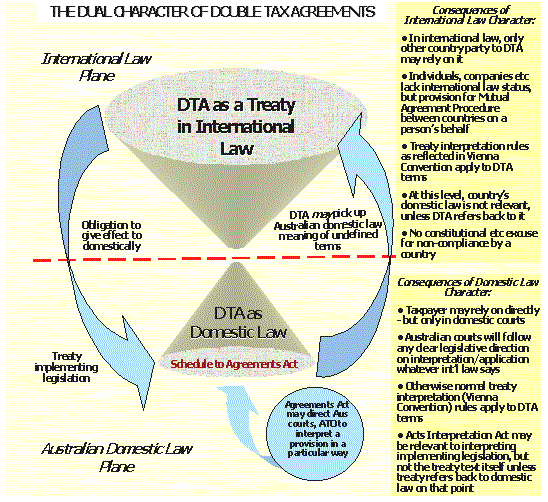 Note: Prior to the enactment of the International Tax Agreements Amendment Act (No. 1) 2011 (Cth) (Act No 45 of 2011), DTAs and TIEAs were contained in schedules to the International Tax Agreements Act 1953. The amending Act removed all of these agreements from the schedules to the Act, with the exception of the 'Taipei Agreement', which is a document of less than treaty status, and remains in the Act as Schedule 1. Following the removal of the schedules by the amending Act, the official text of DTAs and TIEAs are contained in the Australian Treaty Series.

The US Foreign Account Tax Compliance Act (FATCA) (26 USC §§ 1471-1474) was enacted in March 2010 to improve compliance with U.S. tax laws. FATCA imposes certain due diligence and reporting obligations on foreign Financial Institutions. In 2014 Australia and the U.S. signed an intergovernmental agreement to implement FATCA - the Australia-US Intergovernmental Agreement (IGA) to improve international tax compliance and to implement FATCA (the US Foreign Account Tax Compliance Act).

FATCA was incorporated into Australian domestic legislation in 2014 by the Tax Laws Amendment (Implementation of the FATCA Agreement) Act 2014 (Cth), which amended the Taxation Administration Act 1953 (Cth) to include a new Division 396 - FATCA - in Schedule 1.

THE CONVENTION ON MUTUAL ADMINISTRATIVE ASSISTANCE IN TAX MATTERS 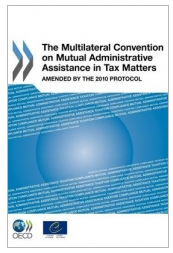 In 2012 Australia became a signatory to the Convention on Mutual Administrative Assistance in Tax Matters - a multilateral agreement designed to promote international co-operation for a better operation of national tax laws, while respecting the fundamental rights of taxpayers. The Convention provides for all possible forms of administrative co-operation between the parties in the assessment and collection of taxes, in particular with a view to combating tax avoidance and evasion. More on the OECD Convention website, including the full text of the Convention and the list of over 100 participating counties.