The Inter-American system for the protection of human rights was created with the adoption of the American Declaration of the Rights and Duties of Man in 1948. The human rights system was established under the auspices of the Organization of American States (OAS), which comprises 35 Member States from North, Central and South America and the Caribbean. All Member States must comply with the rights contained in the American Declaration.

All Member States are parties to the Charter of the Organization of American States (OAS Charter), adopted in 1948. See OAS Charter ratification, declaration and reservation details.

Article 53 of the OAS Charter established the Inter-American Commission on Human Rights which was created in 1959.

The Commission and Court interpret and apply several regional human rights instruments. The Commission's Basic Documents page includes the declarations, conventions, and protocols that describe the mandate and functions of the organs of the system -the Inter-American Commission on Human Rights and the Inter-American Court of Human Rights - and the human rights obligations of the OAS Member States. The Basic Documents page includes the text of the documents, the Travaux préparatoires, and signatures and ratification status by OAS Member States.

The Inter-American Commission on Human Rights plays a unique ‘dual role’, which reflects its origin as a Charter based body and later transformation into a treaty body when the American Convention on Human Rights came into force. As an OAS Charter organ the Commission performs functions in relation to all 35 OAS Member States (Article 41 ACHR) and as a Convention organ its functions are applicable only to States that have ratified (are parties to) the Convention.

The supervisory functions of the Commission include:

The two main functions of the Inter-American Court of Human Rights are to:

The Court is only able to hear and decide cases that:

The Court's decisions are binding and cannot be appealed.

Finding decisions of the Commission and Court

Searching the decisions of Commission and Court at the same time. 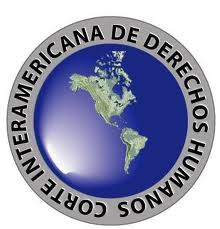 The Inter-American Court's Jurisprudence Finder database can be browsed or searched for Decisions and Judgments, Provisional Measures, Compliance with Judgments, and Advisory opinions. The Decisions and Judgments are available in full text (in Word and PDF, and in English and Spanish), and case files, separate judicial opinions, and 'technical data' (useful procedural details, litigation history, summaries and analysis) are provided.

Journal Articles on the Inter-American System

The following articles are freely available from the Social Science Research Network (SSRN):