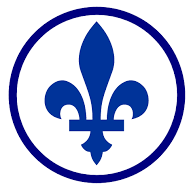 At the federal level, Québec is still bound by Canadian federal law, so the federal cases decided in Québec provincial courts are decided in the same way as in all other provinces. However, at the provincial level, Québec's laws are a hybrid of British common and the civil law and Napoleonic Code from France - and its legal system is thus unlike any other Canadian province or territory. The website of the Québec Department of Justice has an overview of the history of the legal system in Québec.

The major influence of the civil law is on Québec's private law. The Civil Code of Québec CQLR c CCQ-1991 is in ten sections: Persons, Family, Successions, Property, Obligations, Prior Claims and Hypothecs, Evidence, Prescription, Publication of Rights, and Private International Law.

Remember that for these private law subjects case law does not have the same precedential value that it does for the common law parts of Québec's laws. So when researching provincial law in Québec, bear in mind whether you are looking at a civil code or common law subject.

All official Québec legal and parliamentary publications are published in both French and English.

Publications Québec is the Québec Official Publisher. Its website includes: