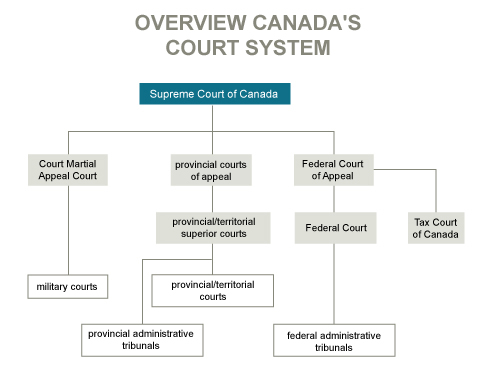 Click here for a more detailed tabular overview of the Canadian Court system.

Canada's highest court is the Supreme Court of Canada. It was created in 1875. In 1949 it became the final court of appeal in Canada for both criminal and civil cases. It decides cases on appeal from the provincial and territorial Courts of Appeal, from the Federal Court of Appeal and from the Court Martial Appeal Court, as well as constitutional references. Prior to 1950, cases could be appealed from Canada to the Judicial Committee of the Privy Council in the United Kingdom. 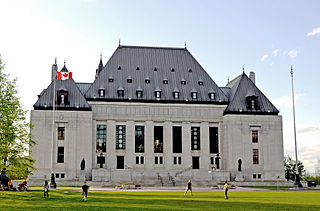