Japan is a densely populated archipelago in the Pacific Ocean and has the world's third largest economy.Japan has a complex legal history, influenced early on by China, continental Europe in the late 19th century and Anglo-American law following World War II. "However, it has also been framed by international law and law reformers remain attracted to broader 'global standards'. Accordingly, Japanese law can be expected to remain an archetypical 'hybrid' legal system, not readily characterized as belonging to any particular 'legal family'" (Smits JM 2006, Elgar Encyclopedia of Comparative Law, p. 357).

The modern constitution was adopted in 1946, following World War II. It has three fundamental principles, that sovereignty resides in the people (no longer with the emperor), a respect for human rights, and pacifism. 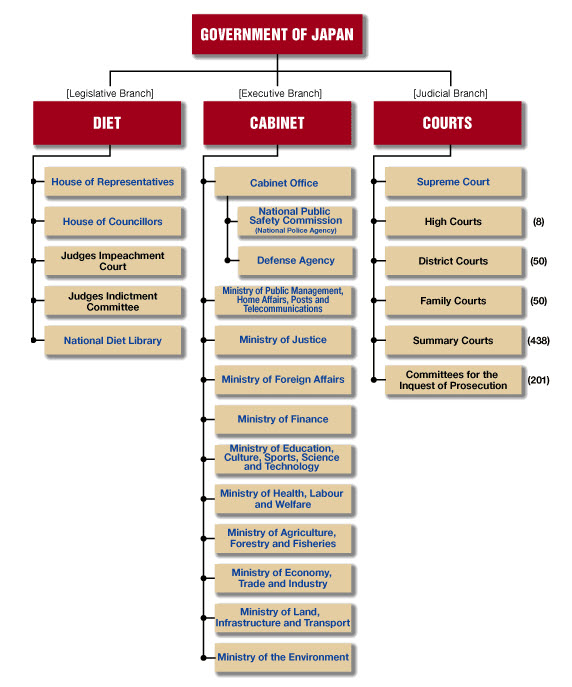 Flowchart of the Government of Japan.

The following tips can help you in your research:

For other research guides on Japanese Legal Research see: