Update on the Rule of Law for Human Rights in ASEAN: The Path to Integration (2016) - includes a detailed Chapter on Cambodia.

The Legal System of Cambodia

The Cambodian legal system is based largely on the French civil system, and is statute based. The Constitution is the Supreme Law. The legal system has evolved from unwritten customary law, prevalent during Angkorian times, to statutory law, under the French colonisation from 1863 to 1953 and up until 1975. Under the Khmer Rouge, from 1975 to 1979, the entire Cambodian legal system was destroyed. After the invasion of Cambodia by Vietnam in 1979, the Cambodian legal framework was influenced by the Vietnamese system - in particular, contract law. During the presence of the United Nations Transitional Authority in Cambodia (UNTAC) from 1991 to 1993, a number of laws were enacted - including criminal law, judicial law, and press law. As a result of foreign legal assistance to legal and judicial reform in the country, the Cambodian system also absorbed some common law features. The current legal system is thus a hybrid system of all these influences.

The Cambodian legal system is a statutory law system, which means it is mostly based on written law passed by the legislature. Sources of law in Cambodia can be classified into primary sources and secondary sources. 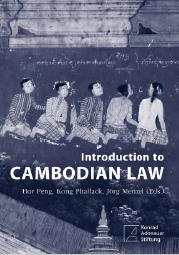 For a comprehensive explanation of the Cambodian legal system, see the open access book Introduction to Cambodian Law ( Konrad-Adenauer-Stiftung, 2012). The book includes an excellent overview of the legal system, and chapters on constitutional law, international law, civil and criminal procedure, labour, land, environmental, criminal and education law, women and the law, and the rights of indigenous people.

The Cambodia Daily (open access) began in 1993. The entire archive can be browsed or searched. This newspaper contains a lot of international relations and legal news stories. In 2017, it ceased print publication and is now purely digital. You can follow it on Twitter, YouTube and Facebook. 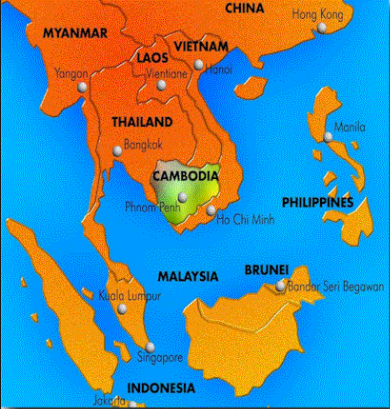