BARMM has a Regional Governor, Executive departments, and its own unicameral legislature, the Regional Legislative Assembly. The Bangsamoro Autonomous Region has its own regional justice system which applies Shari'ah to its residents like its predecessor the Autonomous Region in Muslim Mindanao. Unlike its predecessor though, the Bangsamoro Organic Law, which became effective as of August 10, 2018, has a provision for the creation of a Shari'ah High Court, which, if and when realized, would consist of five justices including a presiding justice and would oversee appellate courts, district courts, and circuit courts. Non-Muslims could also volunteer to submit themselves under the jurisdiction of Shari'ah law. The Bangsamoro justice system also recognizes traditional or tribal laws but these would only apply to disputes of indigenous peoples within the region. Philippines laws also apply to the region, as well as the BARMM's own laws. 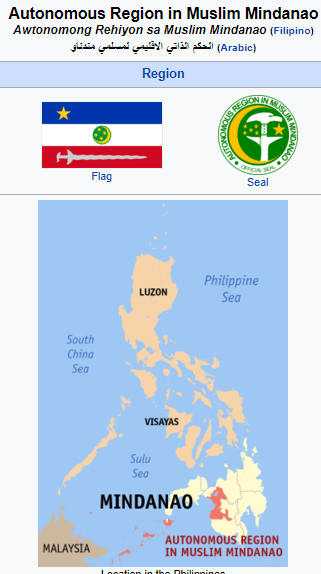 All Muslim Mindanao Acts, from the First Assembly (1990-1993) to current, are available in English on the  official BARMM website in the Issuances menu.

Up to date Executive, Administrative and Memorandum Orders are also available in English from the BARMM website in the Issuances menu.

The Constituent Act of the ARMM was the ARMM Organic Act (Republic Act No. 6734)